We provide passenger transfers to Aveiro and from Aveiro at cheap prices. Book your Aveiro airport transfer today with Weekend Target and get the best value for money on Portugal transfer service. Private and shared transfers from airport or any other location. 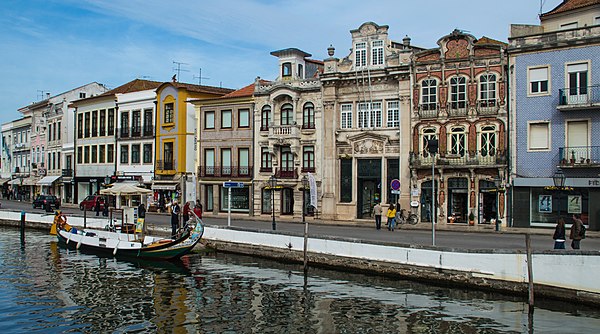 Aveiro (Portuguese pronunciation: [aˈvejɾu] or [ɐˈvɐjɾu] (listen)) is a city and a municipality in Portugal. In 2021, the population was 80,880, in an area of 197.58 square kilometres (76.29 sq mi): it is the second most populous city in the Centro Region of Portugal (after Coimbra). Along with the neighbouring city of Ílhavo, Aveiro is part of an urban agglomeration that includes 120,000 inhabitants, making it one of the most important populated regions by density in the North Region, and primary centre of the Intermunicipal Community of Aveiro and Baixo Vouga. Administratively, the president of the municipal government is José Ribau Esteves, elected by coalition between the Social Democratic Party and the Democratic Social Centre, who governs the ten civil parishes (Portuguese: freguesias).