We provide passenger transfers to Huelva and from Huelva at cheap prices. Book your Huelva airport transfer today with Weekend Target and get the best value for money on Spain transfer service. Private and shared transfers from airport or any other location. 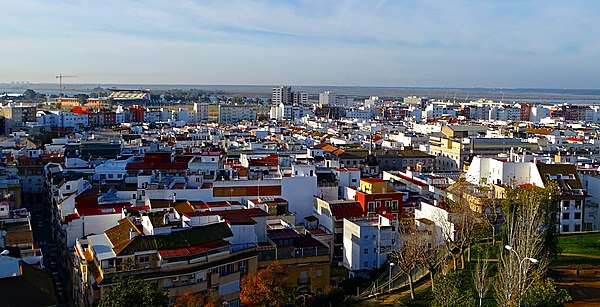 Huelva (US: , Spanish: [ˈwelba]) is a city in southwestern Spain, the capital of the province of Huelva in the autonomous community of Andalusia. It is located along the Gulf of Cádiz coast, in the estuary formed by the confluence of the Odiel and Tinto rivers. According to the 2010 census, the city had a population of 149,410. Huelva is home to Recreativo de Huelva, the oldest football club in Spain.

While the existence of a pre-Phoenician settlement within the current urban limits since circa 1250 BC has been tentatively defended by scholars, Phoenicians established a stable colony roughly by the 9th century BC.